The May monthly meeting of Natmac will take place on May 4th commencing at 7:00 p.m. at Holy Cross Hospital.

Well, it looks as though our snowbird members left Florida just in time. With the temperature today hitting 95 and eight days of well over average April temps I think we can look forward (?) to a hotter than usual summer.

I personally got hot under the collar when my iMac?s display started flickering and I took it in to the Apple Store for diagnosis. Right about now I can see the advantages of purchasing AppleCare!!!!! I generally buy AppleCare for laptops but not for desktops. The theory being it is much more likely that with the moving around a laptop is much more susceptible to damage. As they say, the exception makes the rule.

At the risk of upsetting Dean (and perhaps others)  I am postponing giving away the last iPod Nano as a door prize this month as I had promised to do. It will be awarded in June without fail! The reason for the delay being there was so much interest in the MacUpDate bundle of applications given away last month that I decided to give away not one, but two bundles at this month?s meeting. To refresh your memory, below is the list of the applications. In addition, a new Lexmark printer and a copy of Hoyle?s Puzzles and Games will also be awarded to a lucky member.

The usual rules will apply; each paid membership will receive one raffle ticket but additional tickets can be purchased at the cost of $1 or 6/$5. Only one prize per membership still applies. See JoAnn to purchase your tickets and increase your chances of winning. 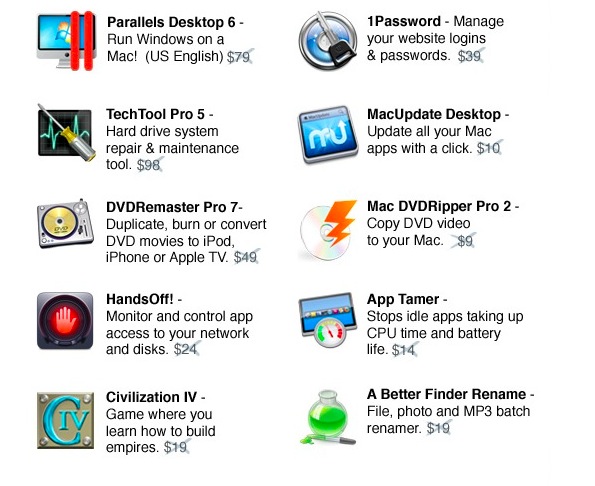 Hope to see you on Wednesday evening,

Here are a few articles for your perusal:

Amazon: Head to the cloud

Everyone wants a bite out of the old apple. We've been waiting for the big move from the internet's largest online merchant - and you know, they almost always do it right. We're going to be keeping our eye on this one...

* Amazon (AMZN) Ambushes its Competitors with an Assault in the Cloud

* Amazon Cloud Drive: 3 things to consider before you commit

* How to Get Started with Cloud Drive and Cloud Player

...  don't forget to send in your news, views or reviews!

Left Coast Logic's SmartNotes 2, the iPad version of their creative Notes app, can share Notes (with voice and photo attachments) between iPhones and iPads. SmartNotes 2 is the second in a trio of productivity apps the company has made for iPad - including SmartPad2, which last week was the top selling iPad task and calendar manager.

Of course, MapQuest has been around on the net for sometime. Even before they became part of AOL. I have even come to prefer them for most directions as they allow an easy way to move routes around like a rubber band. (Or an elastic for you Bostonians.)

The news over the past two weeks has revealed an increase in major players being hacked or compromised. As we've predicted many times before - phishing is becoming more and more dangerous -this week's notes:

* Spear phishing: Are you cybercriminals' next target?

* Spear Phishing: the real danger behind the Epsilon data breach

* Conde Nast scammed out of $8 million

* Why we fall for phishing - and how to stop it

UK-based mobile game developers Neon Play have released their latest update to the game that was the App Store's 10 billionth download. Neon Play has incorporated the features influenced by the requests they have received from Paper Glider's four million strong player-base and Facebook fan page.

Chalk one for the Good Guys!

Botnet Operation Disabled -- The FBI Seized Servers to Stop Cyber Fraud In an unprecedented move in the fight against cyber crime, the FBI has disrupted an international cyber fraud operation by seizing the servers that had infected as many as two million computers with malicious software.

Compositions 1.01 for iOS is now available for both iOS and Mac OS X. Compositions is a multiplatform, Dropbox enabled text editor app that is focused on content creation. It features a minimalist interface, a custom file format that gives it unique features not found in other text editors, and synchronization logic built from the ground up. Using Dropbox, files are kept in sync across any number of devices that have Compositions installed.

Jumsoft has announced an iPad version of its Inspiration Set application (previously known as Pages Templates). The new iPad application includes 50 beautiful and functional templates that provide plenty of creative spark for users of Pages for iPad.

iPad news continues to update the slow-down progress from Asia, and new twists in the reseller market

? G-Slate a powerful, but pricey iPad

? The Only Honeycomb Tablet You Should Buy

? Apple Faces  Mother of All Backlogs  with iPad 2

...and more, in this week s iPad InfoManager

The news over the past two weeks has revealed some pretty telling info on the state or the cybercrime world. I cannot believe the statistics that as many as 72% of internet users can STILL be fooled by phishing! AmazingThis week s notes:

? E-mail security: Back on the front burner

This article by Kristin Burnham on the Australian Macworld web site list 10 tips for using Gmail.

Sorry, but don?t have any User Group Discounts for this month.

Photo of the month: 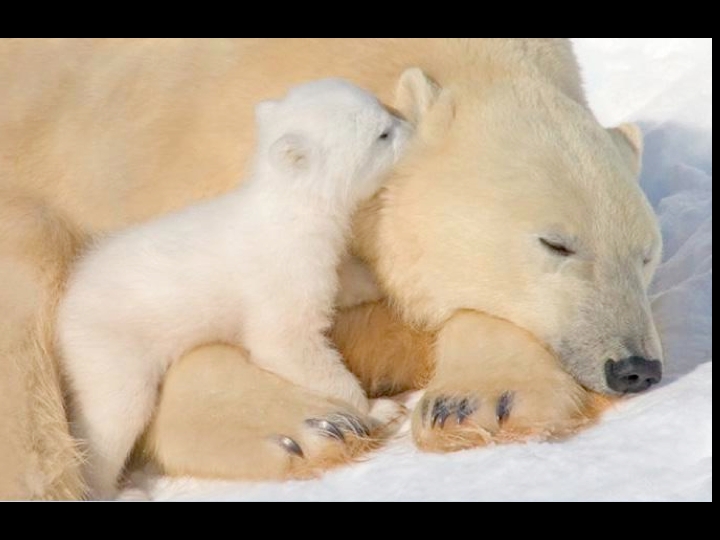 How to Sync Desktop and Documents Folder to iCloud on Mac

Do you want to make sure the files stored on your Mac’s desktop and in the documents folder are accessible from all your Apple devices? You can set this up pretty easily on your Mac with the help of iCloud. To be more specific, it’s an optional iCloud Drive setting in macOS, that allows you... Read More

MacOS Ventura beta 5 is available to download now for testers enrolled in the Mac beta system software testing program. Typically a registered developer beta build arrives first, and is soon followed by a public beta version of the same build. Any Mac user who is actively running macOS Ventura beta will find the latest... Read More

Apple has released the fifth beta versions of iOS 16 for iPhone, and iPadOS 16 for iPad. The new beta build is available to download right now for developer users participating in the beta testing program, while the same build is usually released soon after for public beta users. All active beta testers can download... Read More

It’s understandable to be excited about the iOS 16 release date, with new fun features coming to the iPhone like a customizable lock screen with widgets, the ability to edit sent iMessages, new Safari tab grouping features, new iCloud Photo Library features, and more. And similarly, you may be excited to get iPadOS 16 on... Read More

When is the macOS Ventura Release Date?

MacOS Ventura is coming with the all new Stage Manager multitasking interface, a Weather app, a Clock app with alarm clock (finally!), the ability to edit sent iMessages, and much more. If you’re excited about getting macOS Ventura on your Mac, you’re almost certainly wondering when the release date for macOS Ventura 13 is, so... Read More