My Fellow Americans:
Hopefully by meeting time we will know who has the unappreciated job of trying to run this country for the next four years. Why anyone wants the job of President is beyond me!
It must be ego and the lust for power.

Which brings me to have to announce that our own election of officers will take place at the November meeting. We will have to see if my hunger for power is fulfilled once more!
For the past several years I have been organizing a party for our December meeting and dispensing with the usual raffle of door prizes in favor of giving all attendees a small present.
My hope was to have a social gathering for about half the meeting time. My observation is that this has failed and we tend to snack during the meeting and disperse immediately after. In addition, I find it difficult to purchase an inexpensive item to give to all attendees that has any real merit. Accordingly, I would like your feedback on reverting back to the original meeting theme for the December gathering (regular door prizes and no eats). Please give it some thought and let's discuss it on Wednesday.
I hope you all received the email with the notice of free apps on October 31st and were able to score some useful items.
The items which will become door prizes include a 2 TB external hard drive, a dual hard drive docking station, and several smaller items. The normal rules will apply; each paid membership will receive one raffle ticket but additional tickets can be purchased at the cost of $1 or 6/$5. Only one prize per membership still applies, of course.
Here are the articles I have selected for your reading followed by the User Group discounts.
Until Wednesday,
Pete

Safenetting : Holiday Malware is coming
User Group Network UGN Safenetting and Cybercrime report
The holidays are coming expect security alerts to go up, and
the frequency of attacks to increase. We publish the most news
worthy regardless of platform because no matter which platform
you use, malware, virus, trojans, botnets and the evils spawned on the computer world effects us all. . . .
* IRS warns about fake web page for tax preparers identical to the real one
* Xerox, McAfee join hands to protect devices, data from malware in 2013
* 23 of the top 500 Google Play Apps considered to be malware
* Windows 8 features make account passwords easier to steal
* Delta-themed spam run delivers deficient malware and more . . .
http://www.ugnn.com/2012/10/malware-7/

On September 19th, Apple started issuing @icloud.com address when people sign up for an email hosted by Apple. Those with previous mac.com and me.com addresses can still use them.

Apple Removes Java
Apple has been making OS X safer for sometime. This year in particular there has been a number of security updates. A recent update has taken it one step further by removing Java from use in a browser.
http://www.ugnn.com/2012/10/apple-removes-java/

Cyber Security: Focusing on Hackers and Intrusions FBI Cyber Security Early last year, hackers were discovered embedding malicious software in two million computers, opening a virtual door for criminals to rifle through users' valuable personal and financial information. Last fall, an overseas crime ring was shut down after infecting four million computers, including half a million in the U.S. In recent months, some of the biggest companies and organizations in the U.S. have been working overtime to fend off continuous intrusion attacks aimed at their networks.
http://www.ugnn.com/2012/10/cyber-security/

Photo and Painting Apps we love
UGNN InfoManager news all about Apple and Apple computers Here comes some very cool apps that can really have some fun with, as well as generate some awesome images ...
* Photogene is about improving your digital photos * TurboCollage - Collage Creator for iPad
* Bill Atkinson PhotoCard Lite
* Camera Flash PRO for iPad 2
* PaintMee HD
* Auto Adjust
. . . and more
http://www.ugnn.com/2012/10/painting_apps/

Pick Hit Books for iPad Owners
UGNN InfoManager news all about Apple and Apple computers Got iPad? No? The iPad InfoManager here looks at some of the most recommended books for iPad owners ... even those of us classified as 'mature' ... Here are the best tidbits ...
* iPad for Seniors: Get Started Quickly with the User Friendly iPad
* A Newbies Guide to Using GarageBand For the iPad
* Make Music with Your iPad
* Your iPad 2 at Work
* iPad For Dummies
* Siri For Dummies
* My iPad 2
. . . and more
http://www.ugnn.com/2012/10/ipad_books/

For the hundreds of thousands of iWeb sites out there, this a big day: Now those sites can be found. Search Engine Optimization at the fundamental level requires three simple things for search engines like Google and Bing to rank a website: A page Title, a description and some keywords. They then compare these to the content, titles, site links and external backlinks of a website in order to get a feel for what the site is about and how to rank it for various keywords and phrases.
http://www.ugnn.com/2012/10/macmate/

The "Lost Steve Jobs Speech from 1983
Life, Liberty, and Technology blog has posted this story about Steve Jobs giving a speech to a conference called the International Design Conference in Aspen (IDCA). The theme of the conference that year was "The Future Isn't What It Used To Be".
http://www.ugnn.com/2012/10/the-lost-steve-jobs-speech-from-1983/

Recycle Old Computers
Recently on the AUGD mailing list, Randy Singer of MacAttorney.com recommended ways for us to donate and recycle our old computers.
http://www.ugnn.com/2012/10/recycle/

Photo of the month:
No. it's NOT an Allstate commercial 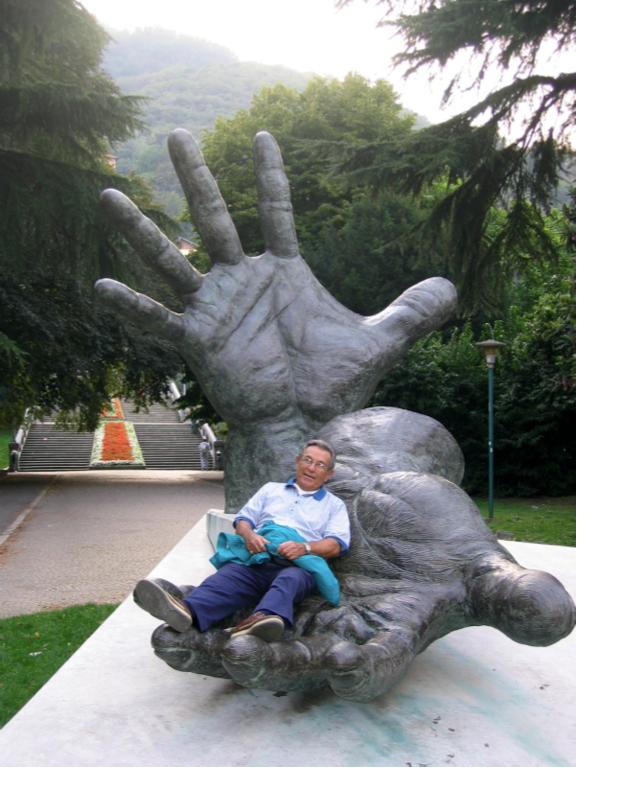