Now that the holidays have passed and many go north we can expect an easier ride to the meetings and, in general, less traffic and a smaller attendance at our meetings. Also, more humidity and heat. I have received two communications from members suggesting I share them with the whole membership so here they are and then one from me.

(From Dr Diaz) PETER, I WANT YOU AND OUR SOCIETY,TO KNOW ABOUT THIS...

I BROKE THE SCREEN (GLASS) OF MY IPAD.... I TOOK IT TO THE APPLE STORE IN GALLERIA, AND THEY WANTED $250, PLUS TAXES TO FIX IT.!!!(RIP OFF !!).. I FOUND THIS OUTFIT , FOUNDED BY 2 STUDENTS OF THE UNIVERSITY OF FLORIDA, 5 OR 6 YEARS AGO WHICH LIKE OTHER MANY GEEKS STORIES ( JOBS, GATES, FACEBOOK, GOOGLE ETC ) STARTED IN A GARAGE AND NOW THEY HAVE 49 STORES ALL OVER THE US, TO REPAIR ALL TYPES OF TABLETS, PHONES ETC AT A VERY REASONABLE PRICE.. I TOOK MY IPAD TO ONE OF THEIR STORES ( THE ONE IN FT.LAUDERDALE ) AND THEY DID A PHENOMENAL JOB IN THE SAME DAY ( 4 HOURS)..AT ABOUT HALF OF THE PRICE OF APPLE. THEY REPLACED THE SCREEN AND IT LOOKS AND WOKS LIKE NEW..THEY GUARANTY THEIR WORK, AND ARE VERY PROFESSIONAL. AND THOROUGH.....I AM EXTREMELY SATISFIED WITH THEM. THEY ALSO INFORMED ME THAT THEY HAVE APPLE TRAINED TECHNICIANS AND CAN REPAIR ANY MAC PRODUCT..ALSO THEY TOLD ME THAT THEY CAN REPLACE THE BATTERY OF THE IPHONE (WHICH APPLE DOESN'T DO) AND THE IPAD... ETC FOR A VERY REASONABLE AMOUNT THESE ARE THEIR BUSINESS CARDS IN CASE YOU HEAR FROM ANY OF OUR MEMBERS THAT NEEDS THIS TYPE OF HELP... YOU CAN GOOGLE THEM TO KNOW THEIR STORY !!! THEY GAVE ME A BUNCH OF THEIR CARDS,THAT I WILL GIVE TO YOU AT OUR NEXT MEETING... HAPPY PASSOVER !!! JOSE 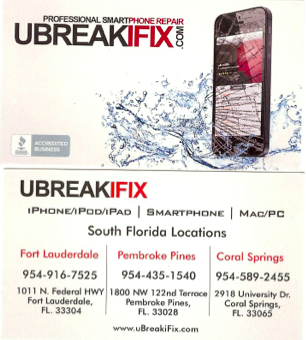 (From me)
Released in fall 2012, Mountain Tweaks 1.0.4 is an app for Mountain Lion users that is designed to ?tweak? your OS into super-usability. It?s a user-friendly, all-in-one solution that takes aim on the oft-annoying ?upgrades? in 10.8 that Apple has instituted. (Default iCloud saving, anyone?)
If you?ve noticed things about Mountain Lion that you wish you could change, but don?t want to dig into Terminal or attempt other one-off hacks, you?ll definitely want to give it a try. Using a simple ?Yes/No? toggle, Mountain Tweaks highlights some of the most popular features in Mountain Lion that you may want to turn on or off.
Fun fact: Mountain Tweaks (and its predecessor, Lion Tweaks*) was developed by a 17-year-old from Norway. The app is free, but donations are encouraged, especially if you like what you see. Take a look at some of the available tweaks below (shortened list)
Notable Features
? Show/Hide the user Library folder
? Change to a 2D or 3D dock
? Enable/Disable system window animation
? Enable/Disable Spelling Correction
? Show Hidden Files
? Change iCal leather interface to aluminum
? Change Address Book leather interface to aluminum
? Customize Launchpad folder background
? Enable colors in the Finder sidebar
? Remove Spotlight icon
? Remove leather from Contacts
? Remove leather from Calendar
? Disable default iCloud save location
? Disable ?Go to Folder? in Finder Compatibility
Must be running 10.8 Mountain Lion; I have been using it on a recently-updated
Get It Download Mountain Tweaks here

Now to the important news..... door prizes this month are as follows:
Pogoplug File Sharing Solution (look it up to see what it does)
The Magic Bar (charger for wireless keyboard and trackpad)
Mounting Pedestals for iPads
Cable Organizer Kit
The usual rules apply; each paid membership will receive one raffle ticket but additional tickets can be purchased at the cost of $1 or 6/$5. Only one prize per membership still applies.

See you on Wednesday,

If you pay taxes, you might need one of these
UGNN InfoManager news all about Apple and Apple computers Considering that April 15th is just around the corner, looking at business, tracking, and tax apps may be of benefit. Of course, if you"re not already up to snuff on your taxes, it may be too late. In this issue :
* Receipts HD Pro -- Upload expense reports to Dropbox and Evernote
* iOrder discount of 50% for a limited time!
* iCatalog for iPad -- for Business
* Bookkeeping By Warby Software
* Hours Billing By Uday Pandey
* Invoice2go for iPad ... and more!

Financial Apps : debunk the myths ?????????????????
Our money sits in many places -- checking, savings, 401k, credit cards, and other investments. It can be hard to keep track of, and if we"re not careful, we could be in too deep with all that data. Technology can be a powerful tool to gain back control of the money we earn, save and spend.

MacUpdate Spring Bundle
MacUpdate has started offering its Spring bundle. For $49.99 you can get $618 worth of software.

Safenetting : Malware drive-by and spam increasing
User Group Network UGN Safenetting and Cybercrime report - The big news last week was the hack into the government database . . . but now the CIA and Homeland Security say the cyberwar threat is our most pressing threat even more than terrorism. They should have listened to UGNN Safenetting back in 2007! This week's report includes :
* NIST, US government's vulnerability database, brought down by ironic malware
* Puzzle box: The quest to crack the world's most mysterious malware warhead
* US government cyber-security database taken offline due to hacker attack
* Finance sector under threat from sophisticated malware threat
* 'NotCompatible' Android malware rears its ugly head, again
* Malware attack recovery costs an average of $3,000 per day
* Ramnit Malware Back and Better at Avoiding Detection
* Facebook's Android app update is a malware gateway
* Mac Computers Not Immune to Malware and more . . .

Mac Video Training
There are a number of sites that charge a fee for video training on the Macintosh and other platforms. Apple however has video training available for free on their web site for their software. (Examples: lynda.com and macprovideo.com, both are good and I have used them and have friends who have provided them with tutorials.)

Ug Netnews infographic - Pin, post, share :
Another barrage of Amazon spoof spams have hit -- this time with a particularly bad dose of malware. Do not ask if it affects Mac users, this has not been established yet. But it is a Javascript badware kit, so it very well may. Just be careful and spread the word to other, less savvy computer users!

Your stuff may be more important than you think
What do you have? Could you remember if suddenly it went away? How much is it worth? Are you insured properly? People have a way of accumulating stuff that has real worth -- and possibly value. What would you do if it all disappeared today?

Roku 3
Roku 3 has been released and this article on Consumer Reports web site that reviews it.

Safenetting Alerts : FedEX and ReMAX
Among others, this week's Safenetting alerts included examples of phishing and malware posing as trusted entities. The FedEx spoof, shown is of particular concern because it's a level #1 attack malware alert.

. . . the ReMAX phish is the first of its kind we've seen, and the cybercrooks have gone to great lengths to make it believable.

Facebook: Zuckerberg, NYPD, IDC Survey, Same-Sex, New Look and more
Facebook updates follow the world of Facebook because it's got to do with YOU! Yes, they've updated your feeds again, police are complaining and there's a Facebook phone in the works - what will these people think of next???
* Facebook founder Mark Zuckerberg seeking bigger voice in public issues
* Facebook pushing ahead with less flashy design for new office campus
* Keep police business off Facebook, NYPD tells cops
* New Facebook smartphone to be announced Thursday
* Does IDC Survey Justify a Facebook Phone?
* In your face, Facebook style
* Facebook's Same-Sex Stunner
* A New Look for News Feed . . . and more

OS X: Create Shortcuts to Email Text
This article on The Mac Observer talks about one of the least used Macintosh features, Services. I have used Services in the past to Summarize text. But this one is about using Services to start eMails.

Cool photo of the month: 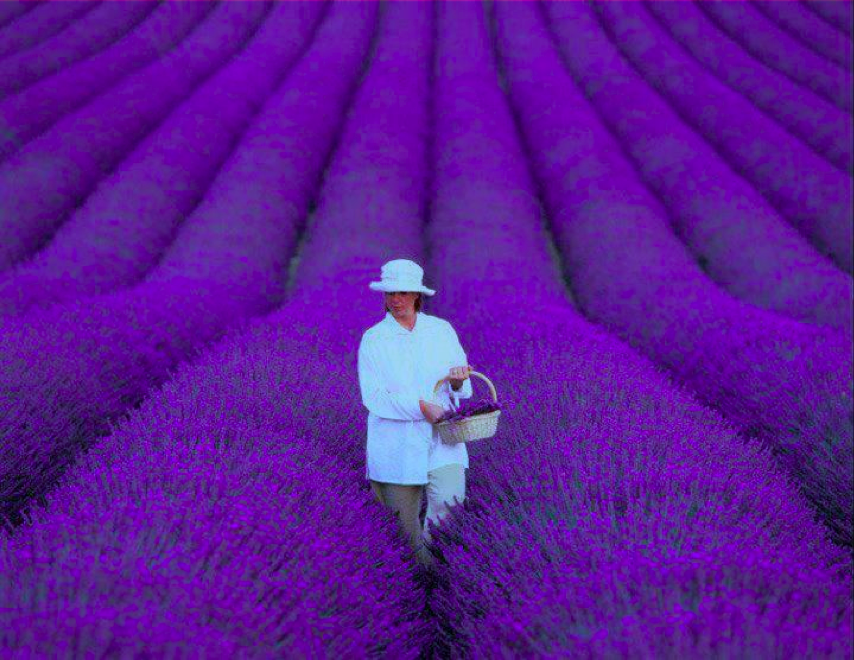