This month I am doing the Reminder in TextEdit rather than Google Documents. I will save it and attach it to your email in the hope that all will be able to open it.

FYI: Some will want to take advantage of the newly made free Florida No Call List. Previously there was a fee for registering your home or mobile phone but not any more. To get on the list go to this site:

Does anyone (including Dean) know how to reset the timer in Keynote to lengthen the time each slide (photo) is open? I have looked and looked but cannot find how to do it but am certain there must be a way.

?We?re thrilled with sales of over 35 million iPhones and almost 12 million iPads in the March quarter,? said Tim Cook, Apple?s CEO. ?The new iPad is off to a great start, and across the year you?re going to see a lot more of the kind of innovation that only Apple can deliver.?

?Our record March quarter results drove $14 billion in cash flow from operations,? said Peter Oppenheimer, Apple?s CFO. ?Looking ahead to the third fiscal quarter, we expect revenue of about $34 billion and diluted earnings per share of about $8.68.?

Apple will provide live streaming of its Q2 2012 financial results conference call beginning at 2:00 p.m. PDT on April 24, 2012 at www.apple.com/quicktime/qtv/earningsq212. This webcast will also be available for replay for approximately two weeks thereafter.

I received a solicitation from a company called "macphun" about three of their apps, for which they have free trial periods. I tried what they call "Snapheal", which is a way to easily remove background material from photos. After communicating with them they sent me a free activation code so one of the door prizes will be a copy of this app. You can try it out at their Web site, www.snapheal.com. Then I received notice that it is currently on sale for $10 (rather than the usual $20) so if you like it and don't win it you can buy it for $10. By the way, you can check out their other apps at www.macphun.com.

Other door prizes will include a digital camera, an external HDD Dock (like Dean uses), another compact multi charger, an iTunes gift card and, of course, some AA batteries.

The usual rules will apply; each paid membership will receive one raffle ticket but additional tickets can be purchased at the cost of  $1 or 6/$5. Only one prize per membership still applies, of course.

Below is this month's reading assignment followed by the User Group discounts and the photo of the month.

Hope to see you at the meeting,

User Group Network UGN Safenetting and Cybercrime report Crime marches on, and more Mac intrusions are reported along with the usual slew of Android hacks

* Chinese Company and Employee Deny Any Involvement in Hacking Attacks

* New Trojan malware disguises itself as an Android game app

The new iPhone & iPad apps are available on the App Store now. BizCard for iPhone and iPad is the best way to share and store your business cards. Printed business cards are a thing of the past.

The New York Times reported that Google, Facebook and others who track consumers behavior on the Internet say they want a Do Not Track policy options should be created through an 'open and transparent' process, BUT --If this process takes the form of public discussion, industry participants will be looking over their shoulders or sitting on their hands instead of offering bold ideas for workable solutions. So, open but not open to the public.

Safenetting has been sending you insights into the effects of cybercrime attacks on the internet population -- but we've done so in very pointed, specific instances. Now, the folks at HostExploit have posted their Q1 2012 report on the "Top 50 Bad Hosts and Networks" download and read this free report, and you'll get the 'big picture' of how bad it really is.

St. Clair Software has announced the immediate availability of Default Folder X 4.4.10. This release brings compatibility updates and better performance to its award-winning utility for enhancing Open and Save dialogs. Honored with Macworld Magazine's Editors' Choice Award for Best System Enhancement Utility, Default Folder X makes Open and Save dialogs "work the way they should."

This article on techradar pretty much tells the story as I remember and believe it happened.

John Marstall has written this article called "The Easy Way to Get iOS Screenshots on Your Mac" on his web site The IconMaster.

Time is getting short. At the end of June, MobileMe will be gone. In the mean time it is important to make the switch to iCloud.

Photo of the month; title could be 'Bliss" 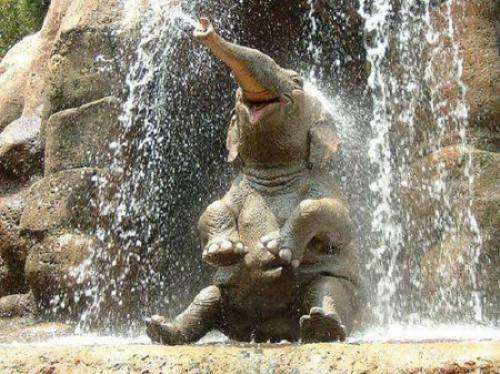