I hope no one went to Holy Cross on the 4th expecting us to be there for our meeting. I hope you recall that due to the first Wednesday falling on the 4th our meeting for this month only will take place on the second Wednesday, which is, of course, the 11th. I expect a good turnout to listen to Dean pontificate and tell us how he really feels about M$ products and fill us in about all new things concerning Apple.

Because our door prize closet has an abundance on content, this month I will bring a selection of items. The four lucky members whose numbers are chosen may choose from among the following:

The usual rules will apply; each paid membership will receive one raffle ticket but additional tickets can be purchased at the cost of $1 or 6/$5. Only one prize per membership still applies, of course.

If you get tired of seeing all the political and other horrible ads on TV take a break and watch a really nice ad from the BBC: www.youtube.com/embed/auSo1MyWf8g?rel=0 <

We do have a User Group Discount List this month, which appear in the emailed version of the newsletter. Looking forward to seeing you on Wednesday,

Phishing, attack sites, and malware sites took a rest for a while, but now indications are showing they're back with a vengence.

Once upon a time, the online world known as the internet was such a new idea that very few people knew it even existed. People used it to publish and share important data and communicate between computers. Then, some bright computer developers invented software that would make it easy for everyone to use the internet -- and then others invented ways of putting pictures on the internet. By the early 1990s, the internet was a fabulous world of visual communication that connected people all over America. Then someone said : 'let's use the internet to SELL STUFF' !' and the internet changed forever.

iPad news is steady and strong as the iPad enters a new era of competition - everyone's out to get the iPad !! Here are the best tidbits ...
* Google's Chrome browser to be available on iPad, iPhone * Apple Could Sell $10B Of iPad Minis In FY '13
* Apple's Longtime Mac Hardware Chief Retiring
* Chrome tops App Store list of free apps
* A Hardware Update, Friending Google
* Family uses iPad to find assailants
* Apple iPad Mini To Replace iPad 2
. . . and more

JULY is here, and many families have lots of leisure time -- the games apps world has a whole new offering of amusements and entertainment for your leisure!

Publicspace.net has announced the release of A Better Finder Rename 9.05 an update to the leading file, photo and music renaming utility on the Macintosh.

This article on OSXDaily tells 14 tips & tricks that we all can use.

Enable 'Save As' in Lion

One of the frustrations that old timers have in Lion is that there is no Save As in the File menu as in older version of the OS.

IGG Software has announced the release iBank 4.5, a personal finance application for Mac. Among its many enhancements are Apple-driven security features like Sandboxing and Gatekeeper, as well as the ability to sync all account data to the much-anticipated iBank for iPad.

Ben Vessey of Amsterdam, has created an icon and wallpaper download that will turn your Mac display into a GUI that looks like an early Mac desktop. 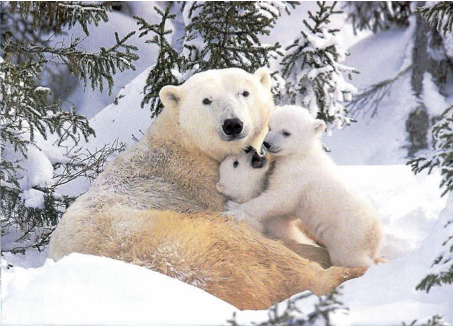